How do we gauge “success?”

By La Academica in La Pancha Villa on October 17, 2014
No comments 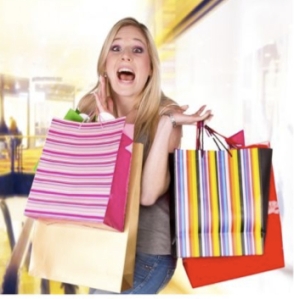 Is it by the chanclas we wear or the ridiculously oversized gaudy purse we carry? “Wow Suzie nice Jimmy’s…”

Or is it by the number of people we help? [Do you ever stop to think that someone’s chanclas and purse are so damned expensive that the money the loca (or loco) spent on them could have helped an immense amount of poor folks? What if we converted the amount to how many burritos it would buy for the hungry or how many school supplies could have been purchased for struggling children?]

Is the best measure of man/woman directly proportional to their material acquisitions? Or is this a mis-measure imposed by capitalistic thinking?

I am asking this not to be facetious, but I really have been spending some time thinking about it all. I mean according to dominant standards I would probably be considered a “failure” because I still earn a student salary [Wait… should I say that out loud? My pay is so shabby I don’t even show up on the Sunshine portal gente! Ha! Speaking of Sunshine portal, I encourage you to explore it during times of boredom, it’ll snap you right out of boredom to possible anger so watch out!]

I’m just saying have you stopped to think about how you measure your “success” and the “success” of those around you? What are the standards you use? Are they standards defined by the hegemonic beast or are they one’s your abuelitos would be proud of?

So next time you’re about to pay this exaggerated amount just to sport someone’s name, think about all the people you could help instead.