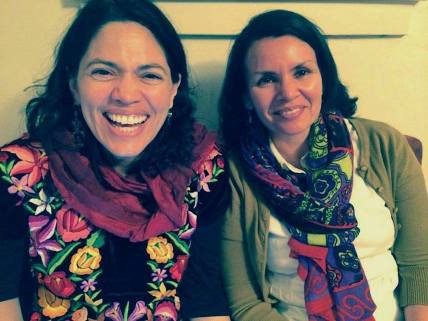 The world stood still the moment you ‘left’ us. It might have been imperceptible to others, but it was life-altering and shattering to those of us who had the honor of being part of one of your extensive circles.

I am moved by the amount of love pouring out of the community, your school, your students, everyone who knew you and was touched by your presence, but I don’t want to hear the “God needed an angel,” that “God has his (her) reasons,” that “it was time for you to go to a better place.”

I don’t want to hear it.

I could hear you saying to me – “that’s how people deal with things, déjalos.” I know that it’s just what we pitiful humans say when we can’t explain the unexplainable or undo the unacceptable.

All I can think of is the void, the void in my life now that you are gone. I will forever miss your face, tus gestos, tus chistes, tu risa, tu generosidad, absolutamente todo de ti, hasta las cosas con que no estaba de acuerdo, todo.

For over 16 years you put up with me. You were mi hermana Chicana. La mujer who has caught more glimpses of who I really am more so than any other. Mi hermana Chicana that even after lapses of incommunicado, you could still complete my sentences and follow my insane train of thought.

I can still hear our chistes and crazy laughter that time we were in that Vinagrette place you forced me to go to up in Santa Fe (okay it wasn’t bad, just not in my element). We were laughing so hysterically, barely noticing (or not caring about) the harsh stares radiating from los ojos chuecos de las uppities sitting next to us.

You were mi hermana Chicana, not because I had told you everything, especially not those deep dark secrets that I still keep hidden, it’s because you were my reflection – mi otro yo. Many of my stories and dilemmas were reflected in yours as well. Nothing needed an explanation, it was just understood. And as I would look at you during those moments, I would think in my head – “Are you sure you’re not my long-lost twin, mi cuatita?”

I’ve been going over so many of the memories, trying to relive the moments spent with you. From the crazy “how can you eat sugar!” sermons you would give me to our deep talks shared over cafecito, everything playing on repeat in my head.

Mi hermana Chicana how can this be? ‘Passed on’ – that amazingly beautiful mujer tan fuerte who not only touched my life so profoundly, but that of thousands more.

The belief is that the soul remains connected to its place and people for 4 days after. It’s been 3 days since and I want to believe that you can still hear me…